MEDIAKOMPILASI.COM - Everyone knows that Kylie Jenner reached the billion-dollar valuation mark at a young age. Don’t forget about Evan Spiegel from Snapchat and Mark Zuckerberg from Facebook. They already reached their dream at a young age. 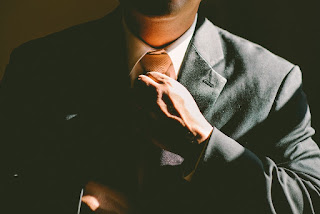 If we see clearly, Asia Pacific is often left behind due to the lack of show around the 10-figure mark. But, it doesn’t imply that the region doesn’t have any young billionaire like America does. Today we want to introduce you some of Asia-Pacific young billionaires that will wow your mind.

Maezawa became the talk of the entire globe when Elon Musk announced that Maezawa would be SpaceX’s first private customer who would travel to the moon. Maezawa started his entrepreneurial journey by selling records and CDs by mail. Then he founded Japan’s largest online fashion mall, Zozotown.

Sharma got Warren Buffet’s Berkshire Hathaway to invest $300 million in his startup. He also got Alibaba’s chairman, Jack Ma, on board to invest in his mobile payment service, Paytm, in 2015.

Huang started his career at Google before finding the online game company Xinyoudi and online e-commerce platform Ouku.com. The 39-year-old Pinduoduo founder from China is worth $13.8 billion. He later found his calling with online discounter Pinduoduo, which went on to become one of China’s largest e-commerce sites.

This Asian entrepreneur is worth $1.27 billion at his 42. He is the founder of GREE Inc., the provider of Japan’s largely used social networking service and free-to-play mobile games. Tanaka took it public in 2008, after four years found the company. Now he owns a 46 per cent stake in the firm.

Who wants to be a young billionaire like them? Get your experience in business learning at the best management university in Singapore. It has bachelor degree in UK that you can use for your future as an entrepreneur.